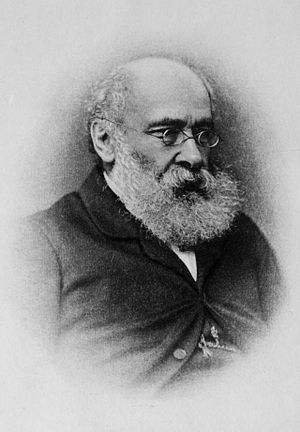 Anthony Trollope (1815 - 1882) was a prolific author. In a writing career of thirty-five years, he wrote forty-seven novels, seven non-fiction books, dozens of short stories, two plays, and an autobiography.

Trollope's narrative style is distinctive. He tells you what his characters do and say, what they are thinking, and what he thinks about what they are doing and thinking. Call it "third-person omniscient and chatty".

The typical Trollope novel is at least six hundred pages long and contains three or more plotlines. One plot is always a love plot. Within the first hundred pages, a young man and a young woman fall in love. But there's always something in the way. Sometimes the girl has a case of Wrong Guy First. Sometimes the boy has a previous engagement. Sometimes the couple has no money to live on. Sometimes there's a Parental Marriage Veto, perhaps caused by the lack of money. Don't worry; Trollope's love plots almost always have happy endings.

The other plots can be about anything; a perjury trial (Orley Farm), the collapse of a marriage (He Knew He Was Right), a clergyman accused of theft (The Last Chronicle of Barset), life in the British Civil Service (The Three Clerks), a massive stock swindle (The Way We Live Now), or British parliamentary politics (Phineas Finn, Phineas Redux, and The Prime Minister). These plots can have bittersweet or even downer endings.