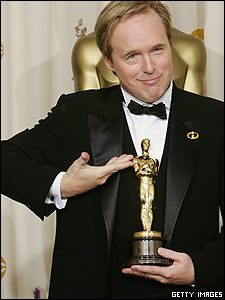 Brad Bird is a screenwriter/director from Kalispell, Montana. His experience lies mostly within the realm of animation, and he's also known as one of the directors to actually bob and weave his way around the concept of the Animation Age Ghetto, due to most of his works looking aesthetically cartoony, but having a maturity and depth that rivals most live-action pieces. Bird got his start working as an animator on Animalympics, Disney's The Fox and the Hound (film) and Martin Rosen's The Plague Dogs, and moved on to work with Steven Spielberg in his Amazing Stories anthology series, notably with a short titled "Family Dog". He got his big break after he managed to grab the attention of Tracey Ullman, and began work alongside Matt Groening on a crude animated series that premiered on her show, called The Simpsons.

Bird's most recent[please verify] claims to fame include two films that captured his love of the classic comic book stories, The Iron Giant and The Incredibles, the latter of which was the beginning of his tenure at Pixar. His last[please verify] film was the Pixar-produced Ratatouille. His latest directing gig is the fourth installment of the Mission Impossible films, which is his live-action debut. The film has received extremely positive reviews, particularly for its action scenes.

Brad Bird provides examples of the following tropes:
Retrieved from "https://allthetropes.org/w/index.php?title=Brad_Bird&oldid=1849263"
Categories:
Cookies help us deliver our services. By using our services, you agree to our use of cookies.