Everything About Fiction You Never Wanted to Know.
Jump to navigation Jump to search
/wiki/$uicideboy$creator 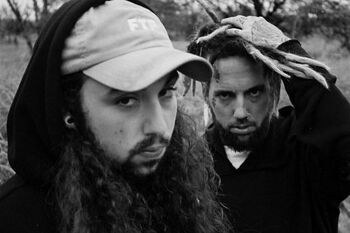 $uicideboy$ are a rap duo from New Orleans, formed in 2014 by cousins Scrim and Ruby da Cherry. They are known for their dark music and nihilistic lyrics, and have a sizable discography. They have collaborated with underground rappers like Pouya, Ghostemane and Germ.

Tropes used in $uicideboy$ include: