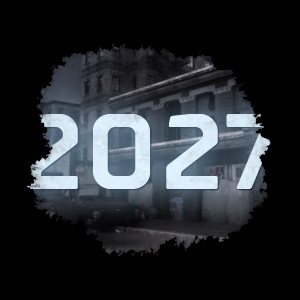 A Game Mod and fan prequel to the 2000 game Deus Ex that was released in September 2011.

Daniel, a mechanically augmented mercenary, is set to infiltrate Human Horizon, a biotech firm in Washington DC. What appears to be a simple data heist mission ends up going awry when Daniel hacks a computer and, just before blacking out, has a mysterious computer bot infiltrate his mind.

Two years later, Daniel is on the run from the agents of Human Horizon and MJ12, and is being given a mission by the bot to find out about the Titan program.

The game features DX9 graphics, real-life weapons, a nonlinear plot, and a perk system similar to that of Fallout.

Not to be confused with the officially produced prequel Deus Ex: Human Revolution by Eidos Montreal.

As a mod for Deus Ex, many of the tropes on that page still apply.