Everything About Fiction You Never Wanted to Know.
Jump to navigation Jump to search
/wiki/2NE1creator

2NE1 (usually pronounced "twenty-one" or "to anyone" , Korean: 투애니원) is a Girl Group from South Korea. They debuted in 2009 and obtained instant success, due in part to the fact that their style and lyrics gave the quartet an edge unheard of in the vast Korean girl group scene. As of 2011, they have released 2 mini albums in Korean, 1 mini album in Japanese and 1 full album in Korean, becoming incredibly popular at home and impressing Black Eyed Peas' Will.i.am, with whom they're recording an album in English for their debut in the States. 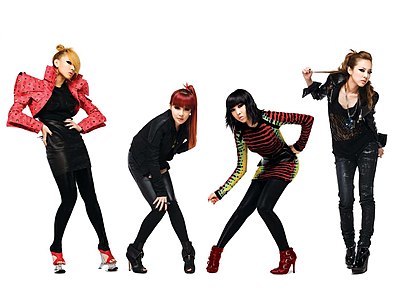