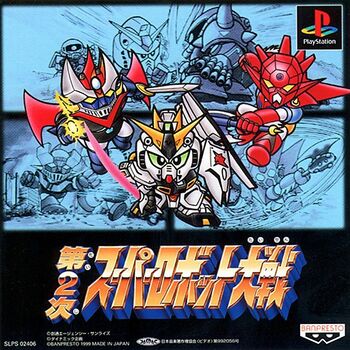 It began what most fans term the "Classic Timeline", to wit, the "Divine Crusaders War" (or just the DC War) ias the focus of this game. Basically, some alien technology is discovered by a scientist named Bian Zoldark, who studies it and informs the world the crap that will fly unless they're prepared for the alien threat. Since he isn't taken seriously, he starts a war to jolt The Federation's attention. Enter the good guys, who wind up becoming part of SRW's first Xanatos Gambit. Oh, and the first of many Original Generation characters and mecha are featured.