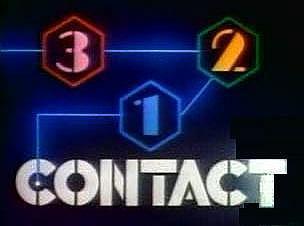 This PBS series, created by the Children's Television Workshop, was the CTW's 1980s attempt to engage young viewers in science. The original series lasted from January, 1980 to November, 1988. Edited versions of older episodes were broadcast to 1992.

To that end, 3-2-1 Contact took the equivalent format of Sesame Street and adjusted it for a preteen audience with comedy sketches, cartoons as well as demonstrations of scientific principles not only on the set, but also in filmed segments in which the hosts went around America to explore interesting things about science.

However, the most popular section was "The Bloodhound Gang", about a private detective agency staffed primarily by kids due to the seemingly perpetual absence of their boss, Mr. Bloodhound. In a world where nearly every adult other than the arresting police officers appears to be a gullible idiot, the young sleuths find themselves busting frauds and other nonviolent crimes all around them with their knowledge of science (and, in one case, communication -- in one episode, the Gang visits a diner and the waitress appears able to read minds -- until The Reveal, which shows that it was all due to non-verbal hand-signals used commonly by the staff of many diners).

The show also had a tie-in magazine that ran about ten years longer than the original series (although it became rechristened as Contact Kids near the end of its publication).

Nothing to do with the 1997 movie with Jodie Foster.