Everything About Fiction You Never Wanted to Know.
Jump to navigation Jump to search
/wiki/4Kids! Entertainmentcreator 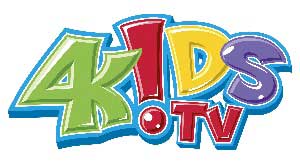 4Kids rose to prominence in the latter half of The Nineties with their dubs of Pokémon and Yu-Gi-Oh, which it helped popularize in the U.S. The success helped the company subsequently acquire more anime properties, and it adapted them with varying levels of success — chiefly by applying unusual edits, cuts, and modifications to get them on network TV. These cuts, in addition to inflammatory comments by its higher-ups and its refusal to release uncut DVDs of the adapted series, helped 4Kids garner a fair share of hatred amongst fans of the original versions of these shows.

Its infamy came to a head with the bizarre localization and edit of One Piece, which managed to combine all of the company's worst practices into one show: numerous content edits, horrible voice directing, the replacement of all of the original music, the removal of a large number of episodes (that turned out to be important later on — although they couldn't have known at the time), and widespread changes to the original script and plot even in the unedited parts. All of this solidified fandom hatred of the company, and it remains the darkest mark on its reputation.

On the other side of the quality spectrum is Teenage Mutant Ninja Turtles, which combined good storytelling with content not usually seen in Saturday morning cartoons — and which would have never lasted as long as it did anywhere else.

The hatred garnered from their dubs seems to have won out. In the late 2000s, 4Kids' focus shifted away from anime to homegrown properties and acquisitions from other countries, which generally fit the company's creative philosophy much better and have obtained much more faithful treatment. What anime they do still dub has been generally well received — or, at least, has drawn less ire. With Kids WB's decision to leave the network Saturday cartoon market in 2008, 4Kids is also, for better or for worse, the last remnant of what was once an institution. It is a position that they suffer for having.

In April 2011, months after the departure of CEO Alfred R. Kahn, the company filed for chapter 11 bankruptcy. They finally ceased operations in February 2017.

Properties that have been acquired and/or produced by 4Kids include:

In addition, when 4Kids ran the "FoxBox" block, their shows also included (in addition to some of the titles above):

Some of the biggest shows listed above were involved in a TV crossover called "The Fight for the Fox Box".

4Kids! properties and dubs provide examples of these tropes:
Retrieved from "https://allthetropes.org/w/index.php?title=4Kids!_Entertainment&oldid=1954388"
Categories:
Cookies help us deliver our services. By using our services, you agree to our use of cookies.