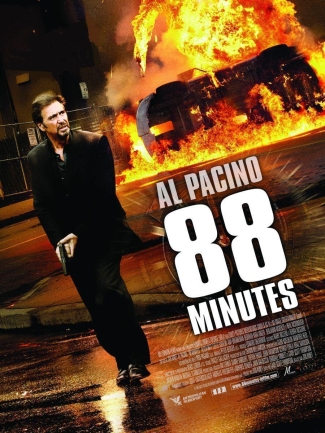 88 Minutes is a 2007 thriller film directed by Jon Avnet and starring Al Pacino.

Ten years ago, torture-murderer Jon Forster was convicted and sentenced to death after being testified against by forensic professor Jack Gramm (Pacino). In the present day, Forster is due to be executed at midnight. But then, several more murders with an identical modus operandi occur, and then, on the way to his class, Gramm recieves a threatening phone call telling him he has 88 minutes to live...

Tropes used in 88 Minutes include:
Retrieved from "https://allthetropes.org/w/index.php?title=88_Minutes&oldid=1740143"
Categories: