Everything About Fiction You Never Wanted to Know.
Jump to navigation Jump to search
/wiki/AJ Stylescreator 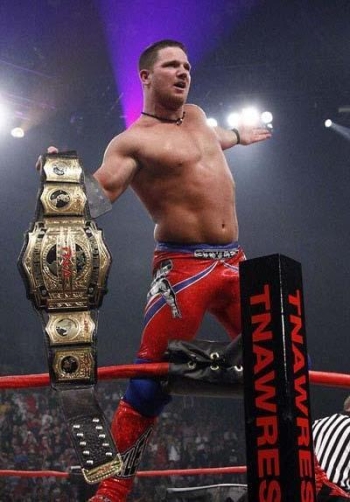 The Phenomenal One, in all his glory.

AJ Styles (real name Allen Jones, born in 1977) is a professional wrestler working for TNA wrestling. His career started in 1998. He is one of the four people (besides Jeff Jarrett, James Storm, and Abyss) who have worked for TNA continuously since its very first PPV. He has won every major championship belt twice (making him a two-time Grand Slam Champion), and is very well known for his high-flying style.

As usual, The Other Wiki has a detailed profile of his career.