Everything About Fiction You Never Wanted to Know.
Jump to navigation Jump to search
/wiki/AKOMcreator 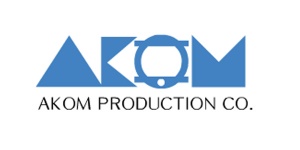 AKOM (short for Animation KOrea Movie Productions) is a South Korean animation studio formed in 1985 by Nelson Shin, a former animator at DePatie-Freleng Enterprises and creator of the Lightsaber effects in Star Wars, as well as producer of the original Transformers TV Series and director of the show's (first) full-length toy commercial.

The studio is also responsible for publishing a South Korean magazine called "Animatoon" since 1995. You can probably tell from the title what the magazine's about.

with animation created by AKOM include:
Tropes used in AKOM include:
Retrieved from "https://allthetropes.org/w/index.php?title=AKOM&oldid=1594735"
Categories: