A Boy, a Girl, and a Baby Family 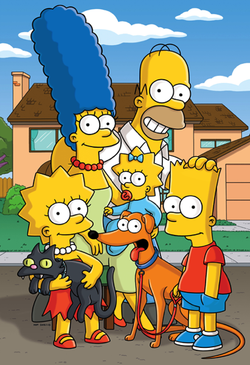 There's also the family pets, but who's counting?

Or a Boy, a Girl and Baby siblings. Not only are families with three kids common in TV land, but often they are made with a boy, a girl and a baby of either sex (nearly 50/50 ratio).

And that kind of family has immutable rules:

The reason? Brother and Sister have the target audience's age and allow everyone in the audience to identify with the sibling of the same gender. The baby is a substitute for a child with his siblings as "parents". It also allows the writers to have starring characters for Always Male and Always Female plots or tropes, and the baby as a child substitute, a third man or younger sibling role. The sex of the baby varies as gender doesn't make as much of a difference for infant characters. Alternatively, the baby can take the role of a Team Pet.

Examples of A Boy, a Girl, and a Baby Family include: