The heroines of A Certain Scientific Railgun, the spinoff Prequel and side story of A Certain Magical Index, which places its protagonists focus on Mikoto Misaka.

They are a quartet of junior-highschool girls, whom through the law enforcement ties of Kuroko and Kazari, (not to mention the enthusiasm of Ruiko), become involved in the myriad of Urban Legends that permeate Academy City. Soon becoming fast friends, they form a "detective club" of sorts that sets out to solve the mysteries of this sprawling metropolis.

Our quartet of heroines share the following common tropes when they are together:

Our Quartet of Heroines

See her entry on the A Certain Magical Index main characters page. 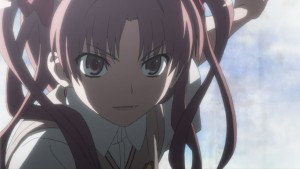 One of the main characters of A Certain Scientific Railgun, she is Mikoto's junior in Tokiwadai Middle School, a Level 4 Esper, and a member of Judgment. She has an obsessive crush on Mikoto, who she calls "Onee-Sama", and is on the constant lookout for a chance to... get close to her (which Mikoto rarely allows and even more rarely appreciates). 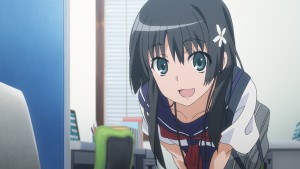 Uiharu's friend and classmate, a Level 0 from Sakugawa Middle School, and another protagonist from A Certain Scientific Railgun. While she's not a member of Judgment, she does help them in any way she can. 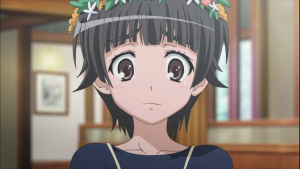 One of the main characters from A Certain Scientific Railgun and a minor character from Index. She is Kuroko's friend and colleague in Judgment, a Level 1 Esper who goes to Sakugawa Middle school and is known for wearing a headband made of flowers on her head (and sometimes a surgical mask in the manga). Usually shy and humble, her personality can quickly change to overly excited, especially if it concerns the life of the upper-class (particularly anything involving Tokiwadai).

For the supporting cast of this series, see A Certain Scientific Railgun Supporting Cast

Retrieved from "https://allthetropes.org/w/index.php?title=A_Certain_Magical_Index/Characters/A_Certain_Scientific_Railgun_Sub-Series_Protagonists&oldid=1930591"
Categories:
Cookies help us deliver our services. By using our services, you agree to our use of cookies.