The people running Academy City behind the scenes. As one would expect, they are all mysterious individuals with various agenda for the entire city.

The Wickedest Man In The World 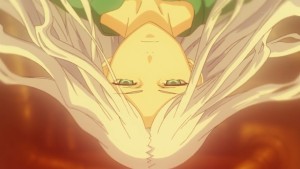 An ancient magician who resides within the Windowless Building, the founder and General Superintendent of Academy City. He rules Academy City from the shadows, having a higher authority than even the directors. He has a hand in almost everything going on within the city, and spends most of his time weaving innumerable plots together. Possibly the Big Bad of the entire series, though his motives remain mostly unknown save for two -- creating an Artificial Heaven, and wanting Shiage Hamazura double-dead for messing with his calculations for his many plans. 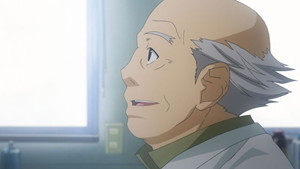 A high ranking Academy City doctor whose face resembles a frog, leading to his nickname, "The Frog-Faced Doctor". He often treats Touma's injuries after his latest escapades. An old friend of Crowley, as chief doctor he built and oversees the machinery that keeps the ancient mage alive. He is a kind-hearted old man who faithfully follows his Hippocratic Oath and treats the injuries of everyone who comes to him, good or bad.

The twelve individuals in charge of Academy City, they hold absolute power over all aspects of the city, with only Aleister himself above them. So far only four members have been revealed.

The man in charge of Gemstone ESPer research. He is known to be involved with Seria Kumokawa.

The mother of Suama Oyafune, one of Touma's teachers. She persuades Touma to intervene in the tensions between Academy City and the Roman Catholic Church, since the Board of Directors refuse to take action.

The man in charge of Academy City's military research. He reveals DRAGON's identity in Volume 19.

The man who funds ITEM. It seems that he is involved with Academy City's dark side.

The member of the Board of Directors who focuses primarily on medicine. She is the main villain of NT Volume 7, being behind the Agitate Halation project.