This group of Christians have modified the Christian faith by mixing it with Shinto teachings. By the end of the Orsola Aquinas Rescue arc, they have been assimilated with the Anglican Church and are an official branch of Necessarius. 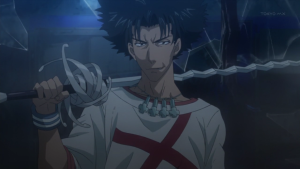 The substitute-Supreme Pontiff of the Amakusa Catholics, who saves people for the sake of saving them rather than for any ulterior motive. A capable leader, he strives to rebuild the group so that Kaori, who left the group and rejected the position of Pontiff in order to protect them from any incidents that would occur as a result of her status as a Saint, would feel welcome to return to them some day. 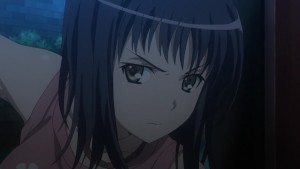 She’s a 16-year old girl who’s among the members of the Amakusa Catholic Church. Her weapon is a Friulian Spear that can be disassembled and reassembled, for purposes of carrying it around without people noticing it. She has romantic feelings towards Touma but due to her shyness was not able to convey them to him. She won't let any girl be with him, even telling her former Supreme Pontiff Kaori, who also has feelings for Touma, that she will never give him up to her.

Retrieved from "https://allthetropes.org/w/index.php?title=A_Certain_Magical_Index/Characters/Amakusa_Catholics&oldid=1693735"
Categories:
Cookies help us deliver our services. By using our services, you agree to our use of cookies.