An organization in the dark side of Academy City created to deal with internal affairs of the city. Introduced in Volume SS1 and Episode 23 of Season 2. There are four other groups that are each commanded by someone else for the same purposes. They don't get along and often get conflicting orders.

Tropes that apply to the team as a whole 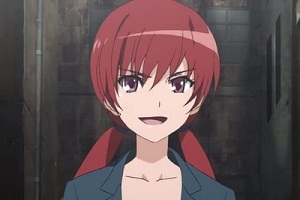 She is the guide to the windowless building where Aleister Crowley resides and is a member of GROUP, forced to join when the city's Board of Directors captured her close friends and blackmailed her. Her ability is "Move Point", a ramped-up version of Kuroko's power in that she doesn't need to touch objects to teleport them. She is living with Tsukuyomi Komoe after losing to Accelerator in the Tree Diagram 'Remnant' incident.

Awaki: “Sheesh, am I the only person in this GROUP that isn’t a pervert?” 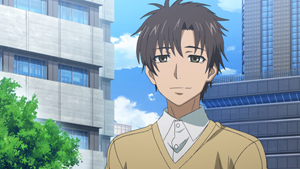 An Aztec magician who was originally a member of Return of the Winged One. He was sent into Academy City to destabilize the growing Kamijou Faction, by sowing distrust into it's members. He is later defeated by Kamijou Touma himself, and later joins GROUP.