The eponymous heroines and the heroes of A Certain Magical Index and A Certain Scientific Railgun. These are the characters whose personal conflicts and choices drive the story. Chances are you'll find at least one of them you can identify with, and they each seem tailored to appeal to a certain portion of the fanbase.

Tropes shared between the two 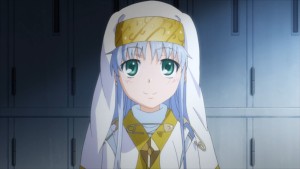 Feed her or she will eat you.

The eponymous character of A Certain Magical Index. Also known by her nickname of "Index", she is the main female character of the series and considered the main heroine of the Magic side. She’s a member of Necessarius and holds within her the 103,000 grimoires. Index was specifically chosen as the vessel for the 103,000 grimoires as she both has the ability to perfectly remember things and is unaffected by the books' madness-inducing effects since she possesses no mana to power the grimoires. She’s also known for her temper and un-Nun like activities, such as being a Freeloader Glutton. Much of her background is currently unknown, due to the periodic memory lost inflicted upon her. 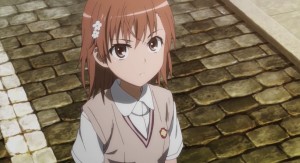 Sobriquets: Railgun ; The Ace of Tokiwadai ; The Electric Princess

Mikoto Misaka is the protagonist (in the dictionary definition sense, not the "redefine words we don't understand" Tropes sense) of the A Certain Scientific Railgun side-stories and a major recurring character in the A Certain Magical Index stories.

Nicknamed Biri-Biri by Touma Kamijo, her power is Electromaster, and with it she is the third most powerful Level 5 (the highest rank attainable for an Esper). She has a love/hate relationship with Touma.

One Who Purifies God and Exorcises the Devil 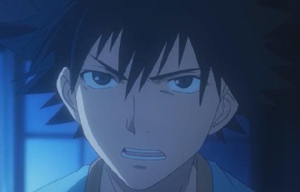 Touma Kamijou is the protagonist (in the dictionary definition sense, not the "redefine words we don't understand" Tropes sense) of A Certain Magical Index and a recurring character in the A Certain Scientific Railgun side stories.

He is a Level 0 Academy City high school student in his first year and possesses the mysterious Imagine Breaker, which cancels any magical, Esper-related, or divine power his right hand comes into contact with, but also brings him incredibly bad luck. Possessing a strong sense of justice, he helps anyone who is in need and will not hesitate to challenge anyone who is several times more powerful than himself. This willingness to help those in need has resulted in him receiving the affection of many females.

The One Who Wields the Power of God 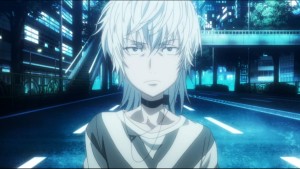 Let's not get him too excited...

See this scrawny albino kid? If you do, be afraid. Be very afraid. You can run, but you'll only die tired. Accelerator is the most powerful Level 5 Esper in Academy City. His power is called Redirection, which is a type of telekinesis where the vector direction of anything, anything that acts upon his body can be controlled. His powers are also automatic, so anything that tries to hit him, regardless of whether he's aware of it or not, gets sent back where it came from -- hard.

He was part of an experiment called the "Level 6 Shift", the goal of which was to make him the first Level 6 by killing 20,000 clones of Mikoto. The Level 6 Shift was actually meaningless and the true goal was to cover up the Sisters' purpose in Aleister's Artificial Heaven plan. It was meant to stop, but it hadn't been planned that it would occur at the hands of Touma. After the Experiment was cancelled, and some soul searching, he pulled a Heel Face Turn to make amends for his sins -- starting by saving Last Order. Since then, he's become one of the main characters.

He Who Defies Finality 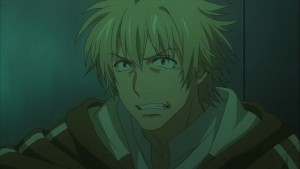 A Level 0 and former Skill-Out gangster. As a former lacky, grunt, chaffeur, and informant of Team ITEM, he delved into Academy City's Dark Side and turned into an anomaly that made a habit of spectacularly derailing Aleister's plans, making him the most wanted man in Academy City and placing him firmly at the top of Aleister's hit-list. It must suck to be him.

Back to A Certain Magical Index

Retrieved from "https://allthetropes.org/w/index.php?title=A_Certain_Magical_Index/Characters/Protagonists&oldid=1881374"
Categories:
Cookies help us deliver our services. By using our services, you agree to our use of cookies.