The Roman Catholic Church as portrayed in this series, as well as the characters associated with them. It is the largest faction in the Magic Side, consisting of 2 billion followers worldwide.

Please note that the author has taken several liberties in portraying the religion (to the point where the anime calls it "Roman Orthodox" instead of Roman Catholic), and is in no way meant to resemble the actual faith accurately. 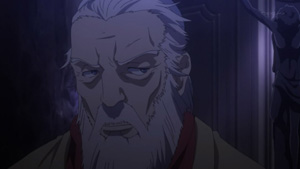 The current Pope of The Roman Catholic Chuch and head of the Vatican. While he appears to be in complete control, he's something of a puppet to Fiamma of the Right. That said, he's not fully content to play second fiddle... 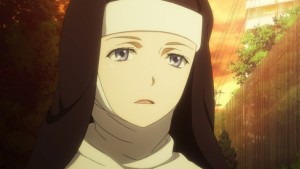 A Roman Catholic Nun who is known for preaching in three different non-catholic countries which lead to a Church named after her being built in Japan. She is also skilled in decoding magical texts and at the start of the Orsola Aquinas Rescue Arc, she is kidnapped by the the Amakusa Church. In truth she is fleeing the Catholic church as they plan to execute her for trying to decode of the Book of Law even though her real goal is to destroy the book. 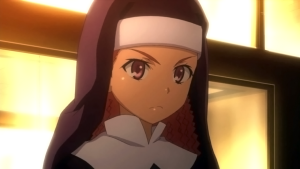 A Roman Catholic Nun in charge of a large battalion of warrior nuns. She came to Japan to rescue Orsola Aquinas and ensure that the Book of Law is not read. In truth, she had no plans to save Orsola and intended to execute her in Japan because of the secrets she learns from the Book of Law. She makes a Heel Face Turn during the La Regina del Mare Adriatico arc, and is now under the care of Necessarius, along with her forces. During New Testament, she and her forces go back to the Roman Catholic Church.

Two hundred fifty magic and combat-trained nuns under the command of Agnese Sanctis. After the La Regina del Mare Adriatico arc, they are assimilated under the care of Necessarius. 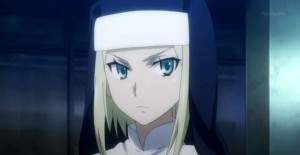 One of the nuns of the Agnese forces. Her weapon is a giant carriage wheel derived from the execution of Saint Catherine of Alexandria which creates a storm of wooden stakes. She is often seen with Angelene. 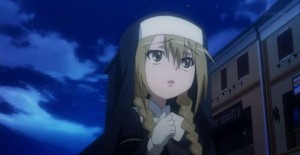 One of the nuns of the Agnese forces. Her weapon is several coin bags which she can move around, derived from Saint Matthew the tax collector. She is often seen with Lucia. 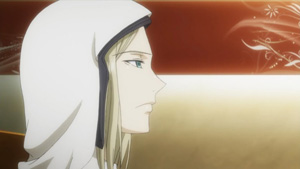 A Roman Catholic radical, she hired Oriana Thomson and stole the "Croce di Pietro" in a bid to use its power to convert the whole of Academy City into Roman Catholics. Following Oriana's defeat, she was promptly schooled by Laura Stuart aboard a private jet while trying to make her getaway. She is currently in the custody of the Anglican Church and Necessarius. 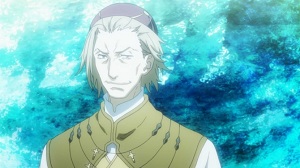 A ruthless Bishop who sees the glory of the Roman Catholic Church as everything, willing to sacrifice the lives of anyone in order to preserve its name.

Retrieved from "https://allthetropes.org/w/index.php?title=A_Certain_Magical_Index/Characters/Roman_Catholic_Church&oldid=1899358"
Categories:
Cookies help us deliver our services. By using our services, you agree to our use of cookies.