The Radio Noise project was originally devised to mass produce Level 5 esper clones of Mikoto Misaka, but only managed to produce Level 2 or 3 espers. It was later retooled in the Level 6 shift project, which involved creating and killing 20000 clones in order to force Accelerator to attain Level 6. After the project was stopped by Touma, several clones are still around after the project. This page details the most prominent ones.

The Rank 3 Level 5 who unknowingly provided her DNA for the project. Called "Older Sister" by all the clones.

The very first clone produced. She was a prototype, never intended to be used in the project proper. She is introduced in the Daihaseisai arc of Railgun. 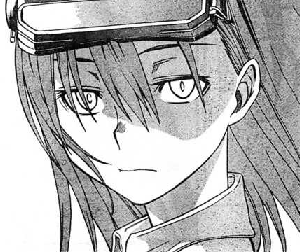 The 9982nd clone in the Radio Noise project, as well as the first clone that Mikoto meets. She has a rather unique personality compared with the other clones.

The 10031st clone in the Radio Noise Project, and the first clone that Touma meets. She is killed by Accelerator the following day. She reappears in New Testament Volume 10 (having been resurrected by Othinus), as the vessel that the Will of the Misaka Network uses to contact Touma. 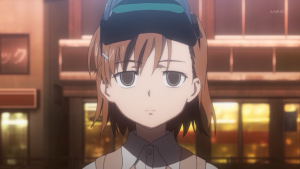 The 10032nd clone in the Radio Noise project. Nicknamed "Misaka Imouto" (Misaka Little Sister) by Touma. She was saved by Touma defeating Accelerator. Since then, she and the other clones are undergoing personality rehabilitation. She is one of the clones which remained in Academy City, while several others were distributed around the world. 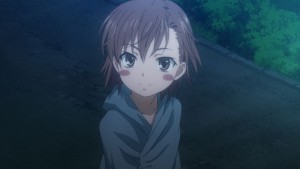 The 20,001st clone of the Radio Noise project, who serves as the administrator for the MISAKA network. As a result, she has more raw power than the other sisters, putting her at Level 3. After the Radio Noise project, one of the scientists uploads a virus in her system, attempting to override the MISAKA network. She is saved by Accelerator and eventually becomes his Morality Pet. 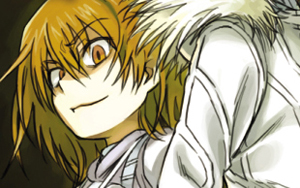 Third generation, higher-level (Level 4) and high-school version of the clones fully designed for combat purposes. They were secretly developed by Aleister, who intended to replace the outdated second generation clones to improve the MISAKA Network.

Will of the Whole Misaka Network

The collective consciousness of the 20,001 Sisters (not including Misaka WORST). She is first introduced in New Testament Volume 6.

Retrieved from "https://allthetropes.org/w/index.php?title=A_Certain_Magical_Index/Characters/Sisters&oldid=1693724"
Categories:
Cookies help us deliver our services. By using our services, you agree to our use of cookies.