A middle school in Academy City exclusive to rich female students. It is notable for having produced two Level 5s: Mikoto Misaka, the Railgun, and Misaki Shokuhou, the Queen of Tokiwadai. They also have a dormitory exclusive for their students. 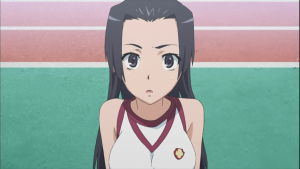 A Level 4, 2nd year transfer student of Tokiwadai Middle School. A rival to Kuroko Shirai, she is confident, boastful, and desires to become a Level 5. Although she if often boastful about her abilities, she usually finds herself the victim of several attacks.

A member of Misaki's clique. She is a recurring character in Railgun, and the main character of the spinoff A Certain Scientific Railgun: Astral Buddy. She has the Level 4 ability Rampage Dress.

Two Aquakinetic espers who hang around with Kongou Mitsuko a lot and are members of Tokiwadai's swimming club. Neither of them play a very prominent role in the series. Kinuho's ability is level 3 Hydro Hand, and Maaya has an ability to "skate" on a wave that she can manifest even on dry land. When Maaya carried Kinuho, they were an effective high-speed assault unit during the general melee at the end of the second season of Railgun. 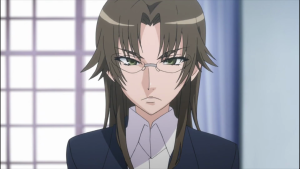 If there was ever reason you don't mess with the rules, this woman is that reason. As the Dorm Supervisor of Tokiwadai it’s her job to make sure the girls living there don't break the dorm rules, and she provides plenty of incentive to never break them ever! Though a mere Level 0, her skills in "subduing"[1] troublemakers are... effective. So if you ever meet her and she knows you've broken the rules (and she will), or god forbid she catches you in the act (and she will), it was nice knowing you...