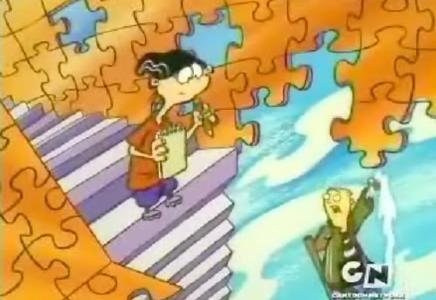 An episode where the facts and rules concerning the characters, settings, and the laws of physics can be temporarily suspended. For today, everything is bizarro, and anything goes.

Obviously, these are usually not part of the show's continuity. Sometimes the events are explained away as being All Just a Dream. Other times, like the spot-the-mistakes episodes of The Drew Carey Show or the what-if-they-never-met episode of Mad About You, the events seem to be legitimate.

A sub-type of Something Completely Different. Compare Non Sequitur Scene Episode]] and What If. Frequently seen in Mind Screw plots and Deranged Animation. See also How Unscientific, a frequent cause.

Examples of A Day at the Bizarro include:

Retrieved from "https://allthetropes.org/w/index.php?title=A_Day_at_the_Bizarro&oldid=1630194"
Categories:
Cookies help us deliver our services. By using our services, you agree to our use of cookies.