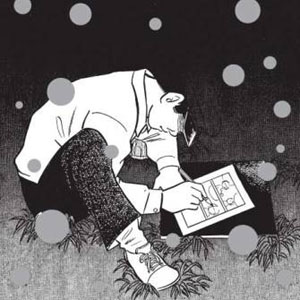 A Drifting Life is published in English by Drawn and Quarterly, along with much of Tatsumi's other work.

Tropes used in A Drifting Life include: