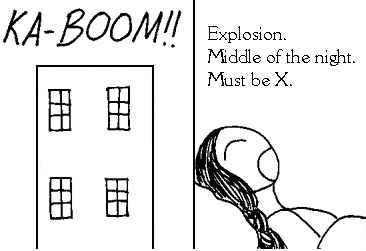 A Magical Roommate is a web-based comic by Emily Sorensen. It's the story of a wizard-in-training, Aylia of Umbria, who is sent to our world to attend college as her sister is attending school in their world, and their mother (who is originally from our world) wanted one daughter to go to school in her world. Things become increasingly complicated with the addition of her roommates, who start off as (fairly) normal and get stranger and stranger, and their lives begin to get intertwined in ways nobody expects...

Tropes used in A Magical Roommate include: