Man of Wealth and Taste

Everything About Fiction You Never Wanted to Know.
(Redirected from A Man of Wealth and Taste)
Jump to navigation Jump to search 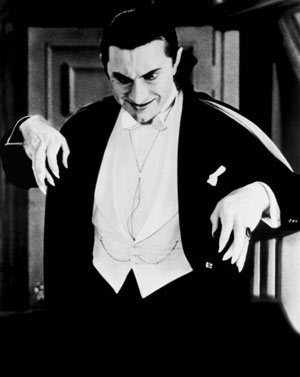 Please allow me to introduce myself, I'm a man of wealth and taste.
—The Rolling Stones, "Sympathy for the Devil"

A subtrope of Evil Is Cool: Basically, if there's a truly evil male villain, he's going to be a sharp-dressed villain. He'll wear a sharp-looking suit. Silk tie, expensive shirt, exquisitely ironed pants, leather belt and perfect jacket. Always perfectly in fashion. Bonus points if it's a monochrome suit, and extra-special bonus points if it's a monochrome black suit.

Turns out, evil has quite a lot of money and excellent taste in suits. The villain might well brag about the kickass English or Italian suit he had tailored, possibly during a Mob Boss Suit Fitting. Very common for the Corrupt Corporate Executive.

When your evil mook uniforms are made by Hugo Boss, this is Putting on the Reich.

See also Wicked Cultured, Badass in a Nice Suit, Sharp-Dressed Man, A Glass of Chianti. The polar opposite of Wild Man—a hero with no resources, no fashion, but a very good heart. Also contrast this trope against Fashion Victim Villain.

Examples of Man of Wealth and Taste include:

He would walk through the city on that first great day, and the people would be silent when they saw their natural leader.
It never crossed his mind that anyone would say "'Ere, wot a toff! 'Eave 'arf a brick at 'im!"

Just as every cop's a criminal
And all the sinners saints
It's heads, it's tails, just call me Lucifer
'Cause I'm in need of some restraint