A Mech by Any Other Name

Everything About Fiction You Never Wanted to Know.
(Redirected from A Mech By Any Other Name)
Jump to navigation Jump to search 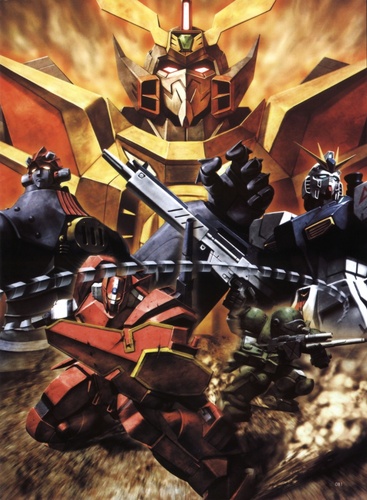 Clockwise starting left: A Megadeus, a Mechanoid, a Mobile Suit, an Armored Trooper and an Armored Soldier

"...So they gave me this spear and I said, 'What the hell am I supposed to do with that if we get attacked by giant robots?' and they said, 'First of all, they're called Guymelefs because that sounds more fantasy like...'"
—Red Shirt, Vision of Escaflowne Abridged

In fiction, Humongous Mecha are rarely simply called such. This is particularly true in Real Robot-type shows, where the mecha in question are usually numerous. Super Robots are typically one-of-a-kind, and such are only called by their proper names. Powered Armor may or may not fall victim to this as well.

Keep in mind that, in Japan, the term "mecha" means "anything mechanical," rendering it essentially meaningless—the word "mecha" specifically means "giant robots" only in the west. Just because a series has a "mecha designer" doesn't mean it has Humongous Mecha in it—the "mecha" designed can even be something like a Magical Girl's wand (or even the Magical Girl herself, in some settings).

The name used is usually different in just about every series that features Humongous Mecha, unless it's deliberately trying to reference another series.

Similar to Not Using the Z Word, but the naming is often a matter of copyright trademark law as much as the Sci Fi Ghetto; often, it's also due to Rule of Cool. See also Call a Rabbit a Smeerp.

(By the way, the Japanese equivalent to "mech" or "mecha" is kitai.)

Examples of A Mech by Any Other Name include:

NOTE: When adding examples, remember that we're looking for the "generic" name for the mech, not the model designation. In Gundam terms, for example, we're looking for "Mobile Suit" rather than "Zaku", "GM", etc....