A Zoo in Winter 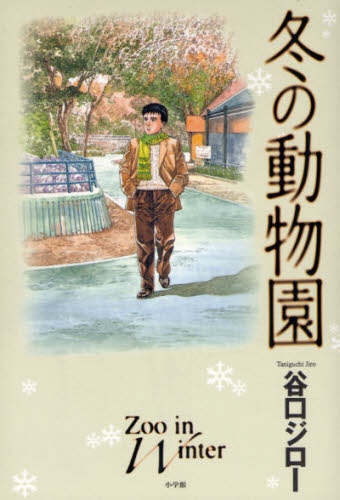 A Zoo in Winter (original title 冬の動物園) is a semi-autobiographical, one-shot manga by Taniguchi Jiro and published in 2009.

Kyoto, 1966. Hamaguchi is an 18-year-old whose dreams to become a graphic artist can't find fulfillment in his workaday job as an office drone for a clothing wholesaler. He moves to Tokyo and, thanks to a friend, gets a job as a famous mangaka's assistant. Though the job is demanding and the hours are impossible, especially as deadlines near, he feels he's found his calling.

He starts to work on his own manga with what little free time he has, but lacks the self-confidence to get very far. One day he's introduced to a pretty young girl of fragile health whom he's asked to walk around on those days she can get out of the hospital. With her encouragements and her input, he finds the focus to complete his manga and submit it to a publishing company. However, her deteriorating condition prevents him from acting out on his growing love for her.

Not to be confused with the film The Lion in Winter.

Tropes used in A Zoo in Winter include:
Retrieved from "https://allthetropes.org/w/index.php?title=A_Zoo_in_Winter&oldid=1526497"
Categories: