Everything About Fiction You Never Wanted to Know.
Jump to navigation Jump to search
/wiki/Aaron Johnsoncreator 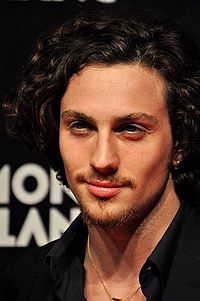 Aaron Johnson (born 1990) is an English actor who got into the profession at age 6, and appeared as the son of Macduff in a 1999 production of Macbeth. He played a young John Lennon in Nowhere Boy, and ended up meeting his future wife in director Sam Taylor-Wood (now Sam Taylor-Johnson). His biggest role so far has been starring in Kick-Ass.