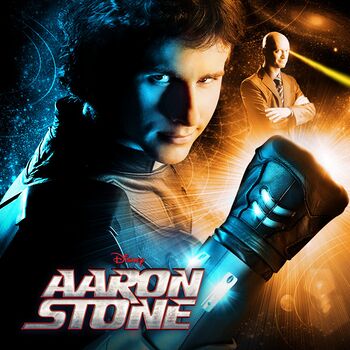 A Disney live-action adventure series, produced by Bruce Kalish from Power Rangers, about typical teen Charlie Landers, whose skills at the online game Hero Rising bring him to the attention of reclusive billionaire T. Abner Hall. Hall offers Charlie the chance to save the world from Real Life bad guys--specifically, the Omega Defiance, the same evil conspiracy featured in Hero Rising. After an initial Refusal of the Call, Charlie accepts and is soon fighting the same kind of battles that he'd previously experienced only in the game.

According to The Other Wiki, the show was not renewed for a third season, the official reason being that Disney XD wanted to focus on comedy live-action shows. The series lasted from February, 2009 to July, 2010. A total of 35 episodes were released in its two seasons.

Tropes used in Aaron Stone include:
Retrieved from "https://allthetropes.org/w/index.php?title=Aaron_Stone&oldid=1738756"
Categories: