Everything About Fiction You Never Wanted to Know.
(Redirected from Abandoned Warehouse District)
Jump to navigation Jump to search 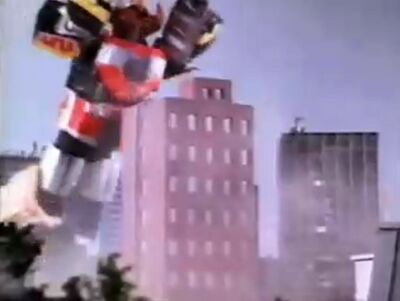 When a building in a modern action film or series is blown up or otherwise totaled, there will be no people nor plot-critical items inside when the destruction hits.

We've all seen a movie where a missile flies past the hero directly into a window and causes a building to explode. Or a timer ticking down to zero on the immovable bomb in the basement of an office building. And gosh! Let's not forget the many, many fun cartoons or animes where skyscraper after skyscraper after building is just freaking totaled. But is there ever anyone in the building?

Nope. it was a Conveniently Empty Building. No carnage.

Whenever a writer gets his hands on a special effects budget, it seems that several buildings suddenly become conveniently empty - inevitably leading to explosive goodness and giant fireballs. This is dictated by the Second Law of Metafictional Thermodynamics.

A probable reason is to keep villains (or heroes!) from crossing the Moral Event Horizon and to prevent viewers from getting a Downer Ending. Or else it's to maintain Willing Suspension of Disbelief: while action films are supposed to be for high stakes, one tends to think harder about what the characters have been doing when people are seen dying en masse.

After all, there was no holocaust on Endor.

Named for the signs frequently seen on subsequently-destroyed buildings in Megas XLR.

Examples of Conveniently Empty Building include: