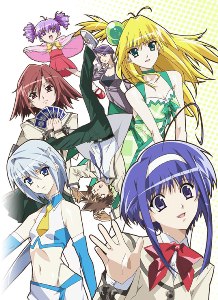 Kakeru Daichi, sixteen years old. Collector of rare cans. Considering the first two things, no wonder he's never had a girlfriend. That is, until he finds a can of melon soda he purchased transforms into a girl. She is an Akikan, one of the few that have begun to appear recently. A strange take on the Magical Girlfriend genre, but with all the same craziness. The rest of the cast is quirky, including the government officials researching the case and Kakeru's classmates.

Based on a series of Light Novels. Compare with Inukami!

Tropes used in Akikan include:
Retrieved from "https://allthetropes.org/w/index.php?title=Akikan&oldid=1724975"
Categories: