Everything About Fiction You Never Wanted to Know.
Jump to navigation Jump to search
/wiki/Alicia Foxcreator 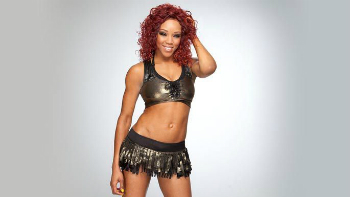 Victoria Elizabeth Crawford, better known as Alicia Fox, is an African-American Professional wrestler currently employed by WWE. She was originally a model, signed in 2006 at the same time as fellow Diva Kelly Kelly. She was notably one of the first models signed by WWE to be exclusively trained in developmental territories before appearing on television. She first debuted in 2008 as Vickie Guerrero's wedding planner before becoming an official part of the roster at the end of the year. She currently competes on the Smackdown brand.