All Psychology Is Freudian 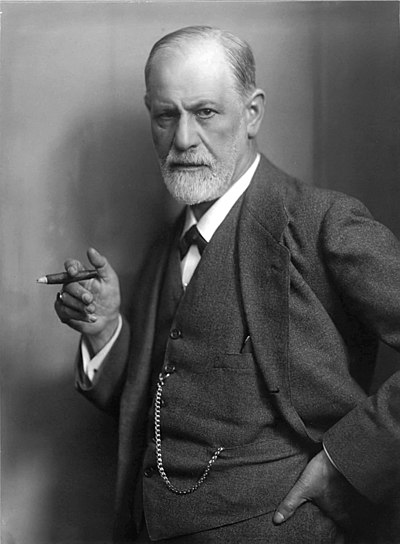 Sigmund Freud ships you and your mum.

This is also known as "Somewhere A Psychologist Is Crying" and is a subtrope of Hollywood Psych and Small Reference Pools. Whenever psychology comes up in media, it will always use archaic/obsolete models like the Freudian one.

The cause of this trope is obvious: while it may be more factually accurate to determine that The Sociopath has no empathy because of a dodgy prefrontal cortex, it makes a much interesting story to say it is due to him being beaten by his father, misunderstood by everyone around him, and rejected from art school. A schizophrenic being treated with anti-psychotic drugs is unremarkable; one being cured by finally confronting the neighbour who raped her is triumphant. For that matter, biological treatment (e.g., drugs) is easy, fast and practical but boring, while mental asylums suck; Character Development-based treatment (e.g., psychoanalysis and humanistic therapies) might take time but brings contemplation, epiphany and triumphant catharsis with it.

Also see Freudian Couch. Freud Was Right sounds as if it might refer to this trope, but actually refers to a still more Flanderized understanding of Freud—the idea that our subconscious id is nothing more or less than our inner pervert, providing a constant litany of crude sexual thoughts.

Examples of All Psychology Is Freudian include:

Retrieved from "https://allthetropes.org/w/index.php?title=All_Psychology_Is_Freudian&oldid=1848728"
Categories:
Cookies help us deliver our services. By using our services, you agree to our use of cookies.