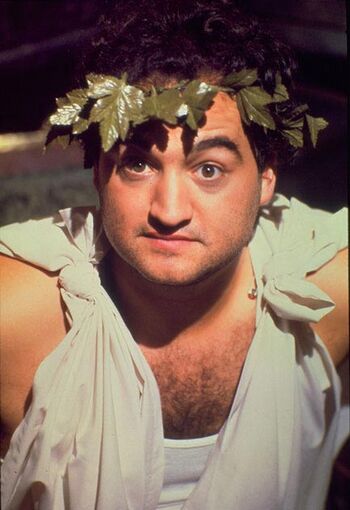 Perhaps the best known of all the National Lampoon movies, Animal House is about the wacky hijinx of the members of the Delta fraternity at "Faber College", as they fight against the snooty Omegas and the uptight dean Vernon Wormer.

Written by a guy from Harvard (who gave himself one line: "What the hell we s'pose to do, ya mo-RON"), advised by a guy from Dartmouth; and if you happen to visit the latter you can buy all sorts of Animal House-themed memorabilia in the co-op.

Not to be confused with Animal Farm.