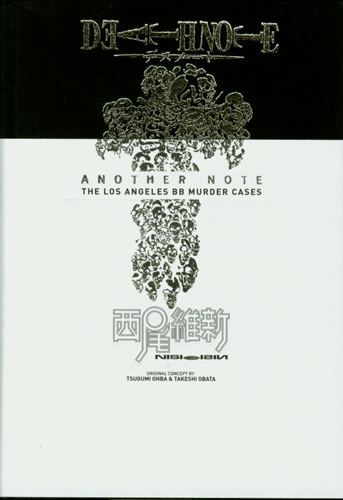 A Spin-Off novel of the popular manga and anime series Death Note, written by NISIOISIN, published in 2006.

Another Note follows FBI Agent Naomi Misora as she is enlisted by the Great Detective L to help him solve a series of perplexing and brutal murders in Los Angeles, each with a Wara Ningyo (a Japanese straw doll) left at the crime. She is soon joined in her investigation by a mysterious "unprivate" detective called Ryuzaki.

Tropes used in Another Note include:
Retrieved from "https://allthetropes.org/w/index.php?title=Another_Note&oldid=1282356"
Categories: