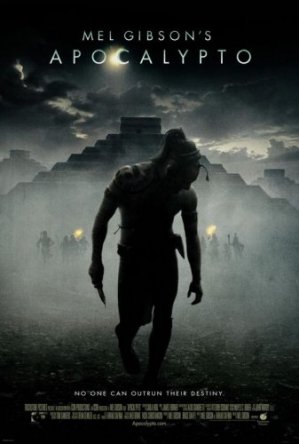 Filmed entirely in the Yucatec Mayan language, it deals with a village of rainforest tribesmen who are attacked by an ambush of city-dwelling Mayans; many are captured for use as slaves, human sacrifices and target practice. One young captive, a hunter named Jaguar Paw, desperately tries to make his escape back to his pregnant wife and child, who are trapped in a well at the mercy of the elements.

This has been called The Chase movie to end all chase movies, done entirely on foot with all manner of obstacles on the way.

Tropes used in Apocalypto include: