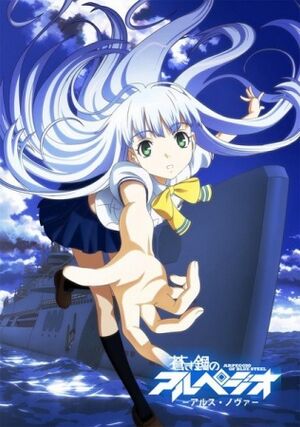 In 2039, humanity is cut off from the sea by the Fleet of Fog, a fleet of incredibly advanced robotic warships (which superficially resemble warships from World War II) that intercept and destroy any vessel that intrudes into the water (or the air or space above it). Without sea commerce, humanity is doomed to a slow, lingering extinction, but in 2056, there is hope with the invention of the vibration warhead torpedo, a weapon that can annihilate a Fog warship in one strike. However, Japan lacks the resources to mass-produce them, so they contract the Blue Steel, a group of mercenaries with a Fog defector (the submarine I-401, known to the crew as "Iona"), to carry the warhead prototype across the ocean to America, where they will be mass-produced to turn the tide.