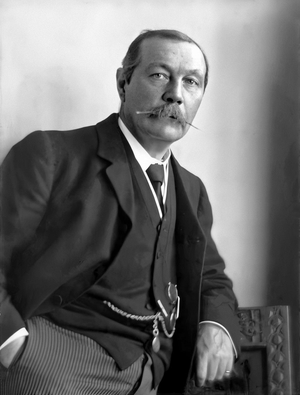 The creator of Sherlock Holmes and Professor Challenger. He wrote many other stories, but mostly only the ones regarding the famous detective are remembered now. Recently he's appeared as a fictional character in a series of murder mysteries featuring Oscar Wilde and Robert Sherard as the Holmes/Watson characters. Anyone with an interest in medieval history and historical fiction should read his novel, The White Company, providing both an fairly accurate depiction of the subject for its time (and the knowledge they had), and a fine insight into A.C.D.'s own time; British Imperialism, The Empire (after all it was the largest ever), and the mentality that justified and drove it.