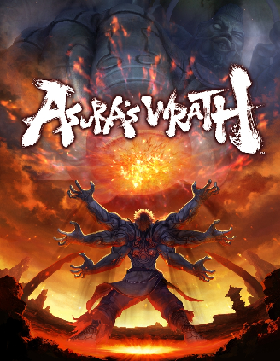 Asura is one of the eight Guardian Generals, demigods assigned to protect the world of Gaea and its inhabitants from the Gohma. After their latest victory, the other 7 demigods kill his wife, kidnap his daughter, and frame him for murdering the emperor, all in an attempt to destroy the Gohma once and for all. When Asura confronts them, he is cast down to the human world and stripped of his powers. Understandably, he is pissed, so he sets out to rescue his daughter and get his revenge.

As per The Wiki Rule, it has a wiki right here. It's brand new,[when?] though, so it needs some help.

Tropes used in Asura's Wrath include:
Retrieved from "https://allthetropes.org/w/index.php?title=Asura%27s_Wrath&oldid=1834454"
Categories:
Cookies help us deliver our services. By using our services, you agree to our use of cookies.