Everything About Fiction You Never Wanted to Know.
Jump to navigation Jump to search
/wiki/Autechrecreator 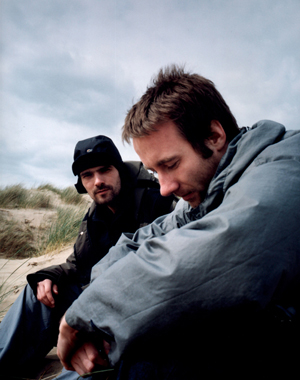 Autechre are an English electronic music duo (consisting of Rob Brown and Sean Booth) that formed in 1987. Their debut album Incunabula, was a surprise success and their third album Tri Repetae, was considered a breakthrough and is still to this day considered a classic. Though their first few albums had an ambient techno sound, this changed completely with their 2001 album Confield, which was drastically different from their earlier works and was considered largely inaccessible.