The Empire Formerly Known As Britain

Excuse me! I'm sorry for my lateness! A terrible accident happened... When I woke up this morning, it was already past noon!

99% of people go through their lives without even knowing about my existence! Only having your name known is above this!

The tuna, the shrimps, the dolphins and the sea gulls,
when we hold their hands, they all become our friends.

Seychelles: I'll say my name and everything straight up when I prank call England. I'll pretend to talk about the TV instruction manual with him.

Check it out, this sheep looks extremely hot, huh?

Ah, no… I was playing soccer with the kids and the ball hit Mr. Mulema’s house.

We got into a huge blood feud about who was the most sheep-like so we wanted to ask you, Big bro!

Is New Zealand-san a man or a woman?
New Zealand: Which do you think I am?

New Zealand: My indirect wrinkles seem to increase if I'm in Australia too long. 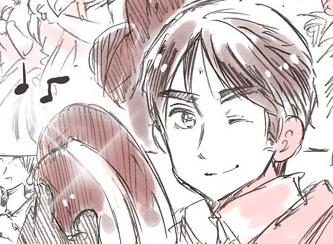 Spain: What is this? Is just like a Bollywood movie.