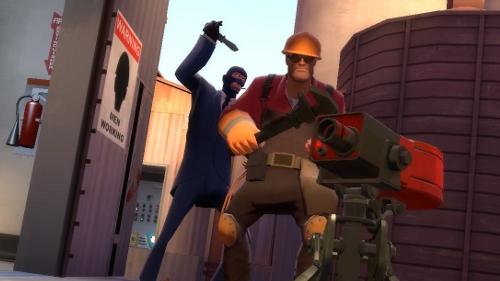 Found usually in RPGs and Stealth Based Games. A type of attack that gives you a chance to use stealth and surprise your victim, dealing massive, often lethal damage with a single hit.

Usually a Back Stab requires the player character to be right behind the target. Often this is the only way to dispatch an enemy undetected. This attack is a staple of assassins, spies and other similar characters or character classes.

As with One-Hit Kill, some enemies can be immune to this. The opposite of this is typically the Finishing Move.

Video game-specific subtrope of In the Back. Not to be confused with Chronic Backstabbing Disorder, though the two may overlap.

Examples of Back Stab include:

To elaborate, the "stealth kills" include:

Retrieved from "https://allthetropes.org/w/index.php?title=Back_Stab&oldid=1921639"
Categories:
Cookies help us deliver our services. By using our services, you agree to our use of cookies.