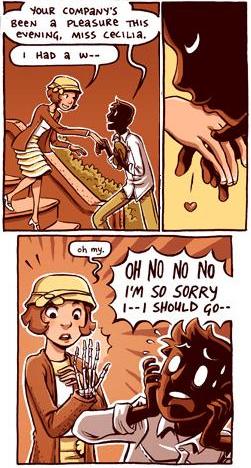 "It is our choices, Harry, that show what we truly are, far more than our abilities."

But what about the good people who got blessed with evil powers...who try to use those powers for good? Some folks are able to turn this to their advantage, others find that they can't do it.

Goes hand-in-hand with Dark Is Not Evil. Contrast My Species Doth Protest Too Much; that's when it's a matter of a member of a (commonly thought to be) Exclusively Evil species decides to cowboy up for the good guys. A subtrope is Faustian Rebellion, where powers the Big Bad granted to a former minion are used this way. Compare to Mike Nelson, Destroyer of Worlds. If you have a good person using those nasty powers to do good things, you have Good Is Not Soft.