Jump to content
Everything About Fiction You Never Wanted to Know.
/wiki/Banjo Patersoncreator 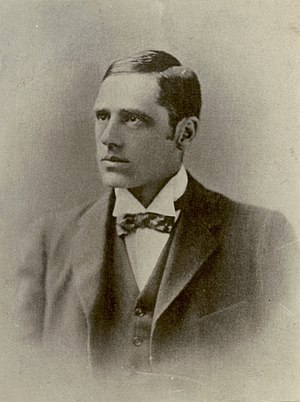 Andrew Barton "Banjo" Paterson (1864 - 1941) was an Australian poet and journalist, best known for his poems depicting Australian bush life, which include "Waltzing Matilda", "Clancy of the Overflow" and "The Man From Snowy River".

"Waltzing Matilda" is sometimes called the unofficial Australian national anthem. A 1982 film version of "The Man From Snowy River" itself inspired a sequel, a television series, and a large-scale theatrical musical.

Banjo Paterson and "The Man From Snowy River" appear on the Australian $10 note. (Which is to say, there is a picture of the man from Snowy River, but there is also the full text of the poem itself, in very small print, as part of the copy protection.)

Banjo Paterson provides examples of the following tropes:
Retrieved from "https://allthetropes.org/w/index.php?title=Banjo_Paterson&oldid=1818948"
Categories:
Cookies help us deliver our services. By using our services, you agree to our use of cookies.