Everything About Fiction You Never Wanted to Know.
Jump to navigation Jump to search
/wiki/Banksycreator 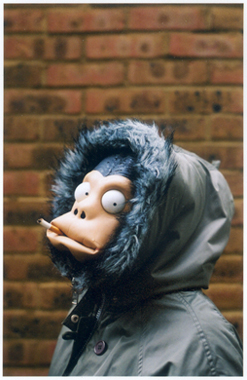 Banksy is a famous artist, most well-known for his graffiti. He was born in Bristol, England in the mid 1970s. That's really all we know about him. Any photo we have of him is obscured. Despite this he has become quite popular, sold paintings, put on gallery shows, and in 2005 released a photo book of his work, Wall and Piece, and in 2010 made an Oscar-nominated documentary film, Exit Through the Gift Shop.

His work is often politically charged and rather funny. He's been compared to Andy Warhol for their similar sense of humor. You can see more of his work here.