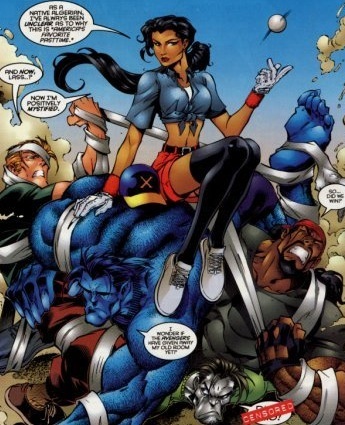 This is why we have umpires.

So you're watching your favorite show. It might be romance, or supernatural, or anything at all. The characters are not shown to participate in sports, and it doesn't really matter in context. Then, the next episode comes up and... wait a minute, why are they playing baseball?

Enter the Baseball Episode, in which for some reason, the heroes participate in a baseball game. It might be in order to save the world, save the town or just waste time. Whatever the reason, it's common, and shows up in all kinds of works...

... at least coming from the United States or Japan. Most other countries don't even know what this "baseball" thing is. The British equivalent would be a Cricket episode; this is rarer, though not unknown.

For some reason, this happens a lot in Speculative Fiction.

Also can apply to softball, an equivalent sport played with a larger ball, a smaller playfield and quite a bit more alcohol among the participants.

Examples of Baseball Episode include:

Benjamin Sisko: What were you doing, regenerating?!