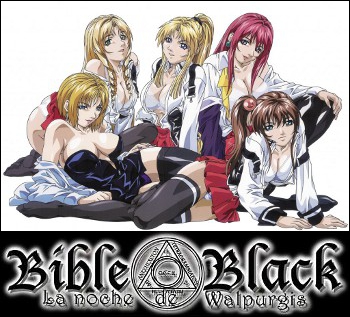 The kind of religion a guy can get behind.

Not to be confused with the single by Heaven And Hell, the King Crimson song Starless and Bible Black, or the British sitcom Black Books.

Also, not to be confused with the grimoire The Sixth and Seventh Book of Moses aka Bible Black. Wikipedia has an article. Text

Versions of this work circulated throughout Scandinavia and Central Europe. In Sweden and Finland these books are compiled and published under the titles, "Den Svarta Bibeln" and "Musta Raamattu", respectively, meaning "The Black Bible".

Tropes used in Bible Black include:
Retrieved from "https://allthetropes.org/w/index.php?title=Bible_Black&oldid=1836144"
Categories: