Everything About Fiction You Never Wanted to Know.
Jump to navigation Jump to search
/wiki/Billy Crystalcreator 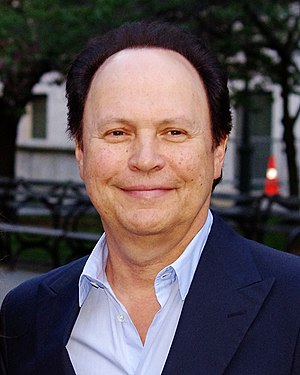 William Edward "Billy" Crystal (born March 14, 1948) is an American actor, writer, film producer, director, comedian, singer, and television host. He gained prominence in the 1970s for playing Jodie Dallas on the ABC sitcom Soap and became a Hollywood film star during the late 1980s and 1990s, appearing in the critical and box office successes When Harry Met Sally... (1989), City Slickers (1991), and Analyze This (1999) and providing the voice of Mike Wazowski in the Monsters, Inc. franchise. He has hosted the Academy Awards nine times, beginning in 1990 and most recently in 2012.