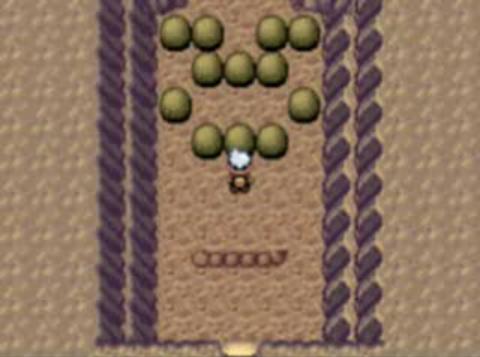 The block puzzle is the cornerstone of gaming, or at least it will be once you pull it out of the corridor, rotate it so the sun emblem is pointing up, drop the water level and hit the switch that activates the crane that moves the bus that allows you to push said stone into said corner.
—Cracked, 5 Real Skills Video Games Have Secretly Been Teaching Us

So you're storming the Temple of Doom in search of the Big Bad's Cosmic Keystone that is the lynchpin to The Empire's World Domination plans. And the mightiest force that the Ancient Precursors and The Legions of Hell can produce to stop you is... blocks.

Well, there's the whole "hordes of monsters" thing, but the real stumbling, um, blocks in your journey are roomfuls of fiendish Block Puzzles. In the course of many quests to save the world in a video game, you're going to run across a warehouse, a factory, or sometimes even a random nondescript cave full of crates, boxes, boulders, or featureless cubes which can only be negotiated by pushing them around until you push them into a slot or a door opens or you form a bridge or something. Sometimes you simply need to get them out of your way, because for some reason you can't climb over them.

Sometimes you can pretty much push them wherever you want, in which case the puzzle is how to get the blocks to their goal without other blocks getting in the way. Other times, the floors are covered with Frictionless Ice or some other slippery substance and whenever you push the block, it keeps moving until it hits a wall. In those cases, you have to bounce the block in a convoluted path around the room, hitting various pillars set up in the middle to get the block to its goal. If they really want to be nasty with these, they'll have more than one block in the puzzle, only one of which actually needs to get to the end; the rest have to be pushed to create additional walls for other blocks to hit. There are also dark rumors of block puzzles so fiendish that they actually require ALL blocks to get to the end, while using each other as walls to get there and Bottomless Pits that eat the blocks and/or you, forcing you to start over.

Other variations on the formula include:

The Block Puzzle shows up in many genres, though Action Adventure and RPGs are well known for their propensity to stick giant boxes in your way. It serves to break up the action, in most games, intended to give the players a moment to breathe and think. Unfortunately, this trope has been used so often and to such an extent that the usual response upon finding such a room is something along the lines of "Aw geez, not another block puzzle!" and a quick trip to GameFAQs after you get the green block stuck in the corner again.

Block Puzzles will show up in Puzzle Games too, of course, but in that case... well, they're puzzle games. Also, in any game where you are accompanied by an ally (NPC or otherwise), you will almost always encounter a block that won't budge unless you and your allies all shove away at it together. If they can figure that out, of course.

This occasionally crosses over with Solve the Soup Cans, when the block puzzles really don't make any sense, and coupled with a particular variety of Unexpected Gameplay Change. With the push towards realism in environments, the Block Puzzle does seem to be on the decline, but is far from dead - you never know when you'll find yourself near a ledge you can't quite reach, in a room filled with Crate Expectations...

Named after the infamous block puzzle mechanic in Vagrant Story.

Also see Klotski. Not to be confused with Falling Blocks.

Examples of Block Puzzle include:

... but you still have to arrange the mirrors so the beam touches the sun, and to do that you're going to need to grab the fourth block from the left and-