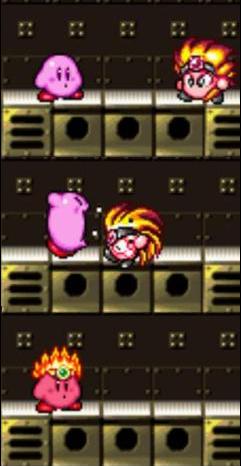 Sometimes, you really are what you eat.

Make sure to eat your enemy's heart, to gain his courage! His rich, tasty courage.
—Professor Farnsworth, Futurama

The Cannibalism Superpower is the ability of a person, mutant, monster, demon, alien, Eldritch Abomination, etc; to absorb super powers from other characters by eating them. Sometimes this also allows the user to take the character's memories or physical appearance too. Obviously, this is a power more suited to super villains, since eating people implies killing them. Please note however, that this trope is not limited to comic books or villains (granted that would make for a pretty strange hero).

This is what happens when Brain Food mutates into something squickier. It's a mixture of All Your Powers Combined with I'm a Humanitarian. Thinking of it another way, it's Power Copying as a Lovecraftian Superpower. Also see Wendigo.

Examples of Cannibalism Superpower include:

If a maurezhi kills and eats a victim, it gets the deader's memories and experiences. Xanxaost has seen hezrou general beat and imprison their baatezu enemies and then stand aside and let a maurezhi go to work. This sometimes gets them secret plans for the Blood War. This usually gets them lots of stupid things the baatezu have in their heads.

Hermes: "It's a calculator. I ate it to gain its power."