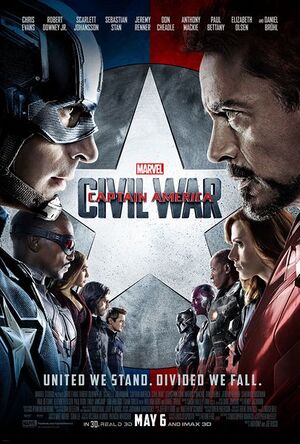 Captain America: Civil War is a sequel to both Captain America movies and the Avengers movies before it, released in May 2016. It is the 13th film released in the Marvel Cinematic Universe continuity, and it's the first film of its Phase 3. It is based on the Civil War limited series comics, though on a severely lesser level.